Admin April 4, 2021 70 0
Affiliate Disclosure: Cannabis Vape Reviews is supported by readers like you. We may earn commissions for purchases made through our links. Learn More

New York has recently passed legislation to become the latest state in the U.S. to legalize adult-use recreational cannabis. There are now 15 states to date that have legalized recreational use. New York is expected to become one of the largest legal markets in the nation.

According to NY’s governor website, the New York bill, known as the Marijuana Regulation and Taxation Act, will expand New York’s existing medical marijuana program, establishes a licensing system, and creates a social and economic equity program that encourages individuals disproportionately impacted by cannabis law enforcement. The new set of laws aims to encourage minority participation in the cannabis industry and decriminalizes those previously affected by cannabis-related offenses.

One major proponent of legalization of marijuana in New York has been a big push towards criminal justice reform as a way to improve social equality. The “war on drugs” has led to minorities being charged with cannabis-related offenses at disproportionately high rates.

As of April 1st, 2021, the law expands the amount of cannabis adults can legally possess and grow for personal use.

“The New York bill, called the Marijuana Regulation and Taxation Act, will allow adults 21 and over to purchase marijuana and grow up to six plants at home. The state’s existing medical cannabis operators will be allowed to operate three adult-use stores, co-locating them with their medical dispensaries.”

However, sales of recreational cannabis will not be legal until about 18 months down the road as a regulatory framework needs to be further developed. The bill will establish two governing bodies: the Cannabis Control Board which will be responsible for crafting new regulations and the Office of Cannabis Management which will implement the regulations such as creating and allocating licenses for businesses.

In short, here’s a quick summary of what New York’s Marijuana Regulation and Taxation Act does:

In the interim, while a regulatory framework is being established, marijuana possession is a thing of the past.

The new legislation decriminalizes cannabis and allows users more protections. For example, police officers will not be able to use the smell of cannabis coming from someone’s car as a probable cause for a search.

New York will begin erasing criminal records for individuals with past convictions for minor cannabis offenses. Law enforcement will also refrain from making arrests and prosecuting individuals with small amounts of cannabis for personal use.

“The bill creates automatic expungement of previous marijuana convictions that would now be legal.”

This is quite unusual as no other legal cannabis state currently permits public use of cannabis. Typically, you’re still required to use cannabis in private such as the comfort of your home. While it’s technically illegal for people to smoke or vape cannabis in streets, many still do and the police are likely to hold back from taking any action.

The law is intentionally written vague as to allow individual cities and towns to opt out of allowing recreational use of cannabis retail dispensaries and on-site cannabis use. Individual cities will have to pass laws by the end of the year to decide whether they will allow cannabis licenses.

While the legal cannabis market will take time to develop in New York, it is estimated that legal cannabis sales could generate nearly $300 million in annual tax revenue and create over 60,000 jobs. However, projections for expected cannabis tax revenue are often overestimated. Due to regulations and resulting high weed taxes, cannabis sales are often lower than expected. Many consumers will still turn to cheaper prices on the black market. New York is also considered to have one of the most sophisticated black markets in the country.

As far as the actual taxes, NY Governor Cuomo states:

“The Bill implements a new cannabis tax structure that will replace a weight-based tax with a tax per mg of THC at the distributor level with different rates depending on final product type. The wholesale excise tax will be moved to the retail level with a 9 percent state excise tax. The local excise tax rate will be 4 percent of the retail price. Counties will receive 25% of the local retail tax revenue and 75 percent will go to the municipality.”

The tax revenue generated is expected to first cover costs to administer their state-run cannabis program. The remaining revenue is expected to cover education, community grants for industry reinvestment, as well as drug treatment and education programs.

As cannabis becomes legalized, new concerns will also be raised. Those that oppose the legalization of the drug will argue that legalization will threaten the health and safety of New York. Some are afraid that higher accessibility for underage people will lead to an increase in underage cannabis use as well as under-the-influence driving.

Furthermore, the debate continues as access to recreational cannabis in New York has always been, arguably, widely available. There is also a lack of convincing evidence proving a link between cannabis use and increased car accidents.

Many see cannabis legalization as a good push toward social reform by reducing marijuana arrests and having a huge upside of generating millions of dollars in weed tax revenue. If New York’s cannabis program is successful, the revenue generated can be reinvested into improving school programs and other efforts that benefit the state and local communities.

Overall, adult-use cannabis legalization in New York is just one more step in the right direction. Perhaps, ending marijuana prohibition is in our near future.

Want to write for us? Learn More
SaveSavedRemoved 0

Cannabis Lab Testing: How it Works and Why it Matters

Legit Vapes Mean Safety and Quality: A Word to the Wise from Rokin’s CEO Daryl Bauer

Beginner’s Guide to Dabbing: What is Dabbing and How Do You Do it? 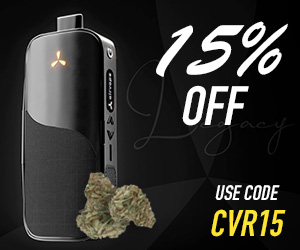